Who is Doctor Stephen Strange in Marvel Cinematic Universe? | Biography of Doctor Strange

Doctor Stephen Strange is a fictional character appearing in American comic books published by Marvel Comics. Created by Steve Ditko with Stan Lee, the character first appeared in Strange Tales #110 (cover-dated July 1963). Doctor Strange serves as the Sorcerer Supreme, the primary protector of Earth against magical and mystical threats. Strange was created during the Silver Age of Comic Books to bring a different kind of character and themes of mysticism to Marvel Comics. 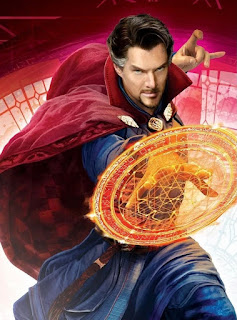 The character begins as an extremely talented but egotistical surgeon who loses the ability to operate, after a car crash severely damaged his hands beyond repair. Searching the globe for healing, he encounters the Ancient One, the Sorcerer Supreme. Strange becomes his student, and learns to be a master of both the mystical and the martial arts. He acquires an assortment of mystical objects, including the powerful Eye of Agamotto and Cloak of Levitation, and takes up residence in a mansion referred to as the Sanctum Sanctorum, located in 177A Bleecker Street, Greenwich Village, New York City. Strange assumes the title of Sorcerer Supreme and, with his friend and valet Wong, defends the world from mystical threats.

The character was first portrayed in live-action by Peter Hooten in the 1978 television film Dr. Strange. Benedict Cumberbatch plays Stephen Strange in the Marvel Cinematic Universe films Doctor Strange (2016), Thor: Ragnarok (2017), Avengers: Infinity War (2018), Avengers: Endgame (2019), Spider-Man: No Way Home (2021), and Doctor Strange in the Multiverse of Madness (2022), and the animated series What If…? (2021).

Stephen Strange, M.D., Ph.D., is a brilliant but highly egotistical doctor. He was born in Philadelphia and grew up in New York City. After high school, he went to New York College as a pre-med student and entered medical school at Columbia University and completed his residency at NewYork-Presbyterian Hospital, where his success made him arrogant.

Despite his reputation for being able to handle even the most complicated surgical procedures, Strange is self-centered and greedy, and only treats patients who can afford to pay his extravagant fees. One night, while speeding in his car, a terrible accident shatters the bones in his hands, leading to extensive nerve damage. He soon finds that his fingers tremble uncontrollably, rendering him unable to perform surgery. Too vain to accept a teaching job, Strange desperately searches for a way to fix his hands and subsequently wastes all of his money on expensive, but unsuccessful treatments.

Broke and ostracized from his colleagues, Strange becomes a drifter. He happens to overhear two sailors in a bar discussing a hermit called the Ancient One (who is actually the Earth’s Sorcerer Supreme) in the Himalayas, who can heal any ailment. Despite not personally believing in magic, Strange uses the last of his money to track down the aged mystic. The Ancient One refuses to help Strange due to his arrogance, but senses a good side that he attempts to bring to the surface. He fails, but Strange then commits a heroic act when he discovers the Ancient One’s disciple, Baron Mordo, attempting to kill his mentor and usurp his power. After a confrontation with Mordo leads to him being shackled with restraining spells preventing him from either attacking Mordo or warning the Ancient One, Strange desperately and selflessly accepts the Ancient One’s offer to become his apprentice to have some hope of helping the old man. The Ancient One, pleased at Strange’s sincere change of heart, accepts Strange as his new student and promptly frees him from the restraining spells while explaining he was aware of Mordo’s treachery all along. Strange soon becomes Mordo’s most enduring enemy, as the Ancient One trains the doctor in the mystic arts. After completing his training, Strange returns to New York City and takes up residence within the Sanctum Sanctorum, a townhouse located in Greenwich Village, accompanied by his personal assistant Wong.

As the Ancient One’s disciple, Strange encounters the entity Nightmare, and other mystical foes before meeting Dormammu, a warlord from an alternate dimension called the “Dark Dimension” who wishes to conquer Earth. Strange is aided by a nameless girl, later called Clea, who is eventually revealed to be Dormammu’s niece. When Strange helps a weakened Dormammu drive off the rampaging Mindless Ones and return them to their prison, he is allowed to leave the Dark Dimension unchallenged.

In The Unbelievable Gwenpool #3, Strange encounters Gwendolyn Poole, who explains herself to be from a reality where all Marvel characters are fictional characters in comic books. As Strange helps her locate her home reality in order to create a fake background for her in the Marvel Universe so that she can get a Social Security number, driver’s license and other essential documents, he discovers that Benedict Cumberbatch has been cast to play him in Gwen’s universe, remarking that he “could see that”.

How ‘Nasek Nasek’ Song Was Created in Coke Studio Bangla?

''Nasek Nasek' is not merely a little-known Hajong language sound; On the contrary, it is the Coke Studio Bangla's inaugural music that...
Read more
Entertainment

Dating History of Leonardo DiCaprio: Here is the list of stunning ex-girlfriends of DiCaprio

Leonardo DiCaprio is an Oscar-winning actor in Hollywood; he is also a winner of many of the girls and women around the...
Read more
Entertainment

Review: ‘Flowers’ by Lauren Spencer-Smith— one of the best heart-broken songs I have ever listened to

I have been listening to a song titled 'Flowers' since the beginning of the month of June, 2022; the song was released...
Read more
Entertainment

Movie Review: ‘We Can Be Heroes’

Who is Olivia Rodrigo, history-maker at the Grammy awards? | Short Biography

The 64th edition of the Grammy Awards, the most prestigious awards in the music world, was recently held in Las Vegas. American...
Read more
Entertainment

When the people of the world are trapped in the house for fear of the coronavirus epidemic, the whole of nature is...
Read more
Entertainment

"Smoking is injurious to health, it causes cancer." How many times have you heard this warning in your life? No matter how...
Read more
Entertainment

Jojo is short but twisted movie [not a review]

After a long time I have watched an Indian Bangla film titled Jojo. The film, Jojo, is made on a short and...
Read more
Related Articles
Entertainment

Dating History of Leonardo DiCaprio: Here is the list of stunning ex-girlfriends of DiCaprio

Leonardo DiCaprio is an Oscar-winning actor in Hollywood; he is also a winner of many of the girls and women around the...
Read more
Entertainment

Review: ‘Flowers’ by Lauren Spencer-Smith— one of the best heart-broken songs I have ever listened to

I have been listening to a song titled 'Flowers' since the beginning of the month of June, 2022; the song was released...
Read more
Entertainment

Who is Olivia Rodrigo, history-maker at the Grammy awards? | Short Biography

The 64th edition of the Grammy Awards, the most prestigious awards in the music world, was recently held in Las Vegas. American...
Read more
Entertainment

How ‘Nasek Nasek’ Song Was Created in Coke Studio Bangla?

''Nasek Nasek' is not merely a little-known Hajong language sound; On the contrary, it is the Coke Studio Bangla's inaugural music that...
Read more