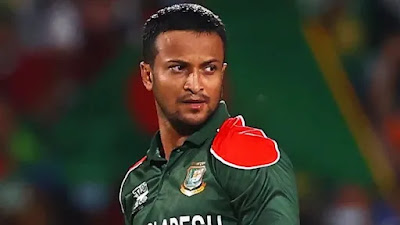 It is now big news in the cricket arena that Shakib Al Hasan has been again appointed captain for Bangladesh cricket team for 2022 Asia Cup in UAE, Upcoming tri-nation series in New Zealand, and 2022 T20 World Cup in Australia.

Mohammed Jalal Yunus, Chairman of Cricket Operations Committee at BCB, confirmed this information on Saturday, August 13, 2022. He said, ‘After the Asia Cup, Shakib Al Hasan will captain the Bangladesh team until the tri-nation series and T20 World Cup in New Zealand.’

Earlier, the BCB had agreed to replace Mahmudullah Riyad with Shakib Al Hasan as the captain of the team, but due to this cricketer, the official announcement has been delayed. Shakib Al Hasan became the brand ambassador of ‘Betwinner News’, a new organ of a gambling organization ‘Betwinner’, which is against the Code of Conduct of the Bangladesh Cricket Board and a law prevailing in the People’s Republic of Bangladesh. BCB president Nazmul Hassan Papon made it clear that if Shakib Al Hasan does not cancel the contract with ‘Betwinner’, then the Bangladesh Cricket Board will sever ties with him. And finally Shakib canceled the contract with the gambling company ‘Betwinner News’; He said he didn’t know about ‘gambling.’

After canceling the contract with Betwinner, it was confirmed that Shakib Al Hasan will be the captain of the Bangladesh team in the Asia Cup. Besides, it was to be seen whether Mushfiqur Rahim and Mahmudullah Riyad were returned to the team for the Asia Cup T20 or not.

Finally ending all the speculations, Shakib Al Hasan was made the captain of the T20 team and Mushfiqur Rahim and Mahmudullah Riyad were returned to the team. However, due to the possibility of recovering from injury, Nurul Hasan Sohan has also been named in the Asia Cup squad.

Shakib will captain the national team not only in the upcoming Asia Cup but also in the T20 World Cup in Australia this year. He will also lead the tri-nation series to be held in New Zealand before the World Cup; the other team in this series is Pakistan.

Cricket Operations Committee Chairman at BCB, Mr. Mohammed Jalal Yunus announced the nomination of Shakib as the captain after a meeting at BCB President Nazmul Hassan Papon’s residence in Gulshan in the afternoon on August 13.  At that time, Mohammed Jalal Yunus said, considering the situation after the World Cup, if Shakib’s captaincy will be retained or changed, then it will be decided.

Chief selector Minhajul Abedin Nannu announced the 17-man squad for the Asia Cup after Shakib’s name was announced as captain.

Shakib was also nominated as the captain along with finalizing the team in that meeting. However, BCB asked Shakib for an explanation regarding his association with betting company Betwinner News. There, Shakib realized his mistake and regretted it and the BCB accepted his explanation.

Originally, those who were in the T20 team on the tour of Zimbabwe were kept in the Asia Cup T20 team. Opener Litton Kumer Das was ruled out due to injury. In the middle order Sabbir Rahman Rumman has been returned to the team after a long time while Soumya Sarkar remains out of the team.

Mushfiqur Rahim and Mahmudullah Are Included

Two senior players Mushfiqur Rahim and Mahmudullah Riyad were rested from the T20 team for the tour of Zimbabwe, and Shakib took leave on his own. However, due to Sohan’s injury, Riyad was brought back into the team for the last T20 match of the Zimbabwe tour.

Why Has Shakib Al Hasan Been Appointed as Captain after Signing with a Gambling Organisation?

What is the rationale behind making Shakib the captain even after signing an agreement with a gambling organization like Betwinner News (sister concern of Betwinner)? When asked, Mohammed Jalal Yunus said,

“He is our best player. We own him. He is not from our board or from outside the country. When he said it was a mistake, we assumed it was a mistake. But he has been told not to repeat such mistakes. He told us that next time such mistakes will not happen again. He assured us in front of our board president. We have accepted that.”

With this, Shakib Al Hasan got the full responsibility of the T20 team in the second term.

Shakib Was the Captain

The world’s best all-rounder led the team in four matches as acting captain in 2009-10. After the retirement of Mashrafe Bin Mortuza in 2017, he was given the T20 captaincy for the first time.

Shakib was the national T20 captain before being banned by the ICC in 2019. Bangladesh has played 21 twenty over international matches under him so far. Out of which the win was achieved in seven matches. Shakib’s new chapter will begin with the upcoming Asia Cup.

The Lusail Iconic Stadium Will Host the 2022 FIFA World Cup Final Game; Do You Know about the Stadium?

Tamim Iqbal Khan, the only centurion in T20Is, wants to be back on the T20I team; will the Bangladesh Cricket Board allow him a...
Read more
Sports

Why does Zinedine Zidane appear just like any other Real Madrid fan in his home stadium?

Mahendra Singh Dhoni retires from all formats of international cricket. I probably like him and his game. He wrote a caption announcing his...
Read more
Related Articles
Sports

Tamim Iqbal Khan, the only centurion in T20Is, wants to be back on the T20I team; will the Bangladesh Cricket Board allow him a...
Read more