India vs Pakistan: What is Pakistan’s Reaction and Response to India’s Missile Strike?

The Pakistani government has called for an international inquiry into the missile strike by India. Last Wednesday, an Indian missile hit within 500 kilometers of the capital Islamabad. However, there was no warhead in it, meaning there were no explosives in it. No casualties were reported. The Indian ambassador to Islamabad was summoned to the foreign ministry shortly after the Indian missile struck.

Explaining the incident, the Indian side said that the missile accidentally crashed into Pakistan due to a technical defect during repair or maintenance. But in response to the explanation, Pakistan said such a simple explanation from Indian officials on such a serious matter was not enough. That is why the Pakistani government has demanded an international inquiry into the matter. Islamabad says a thorough investigation is needed as both countries are nuclear-armed.

India and Pakistan test different types of missiles every year and there is an arms race between the two countries. Although India has said that the missile strike was completely unintentional and mistaken, the Pakistani government does not consider India’s explanation sufficient. In fact, enmity between India and Pakistan has been going on for decades. For this reason, even though the missiles were accidentally fired at Pakistan as claimed by India, the Pakistani authorities took the matter seriously. Pakistan takes this as a major threat and has called for an international inquiry.

With no casualties in India’s missile strikes, many feel that Pakistan’s efforts to exert international pressure on New Delhi will not be very effective. Even then, Islamabad is trying to use the recent events against India. 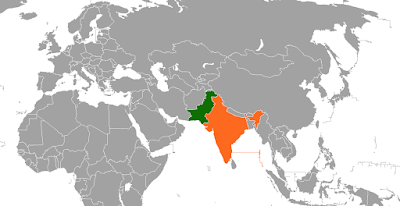 Meanwhile, the Taliban has re-entered the political arena after returning to power in Afghanistan. As a result, their experience in international politics is new. In this situation, there is intense competition between India and Pakistan for influence in that country. In other words, Afghanistan is becoming one of the areas of conflict between India and Pakistan. In this situation, the incident of missile launch has given rise to new tension between the two countries.

What is the MIR System and Why will Iran and Russia trade in the 'MIR' system, avoiding the Swift system?
Read more
International